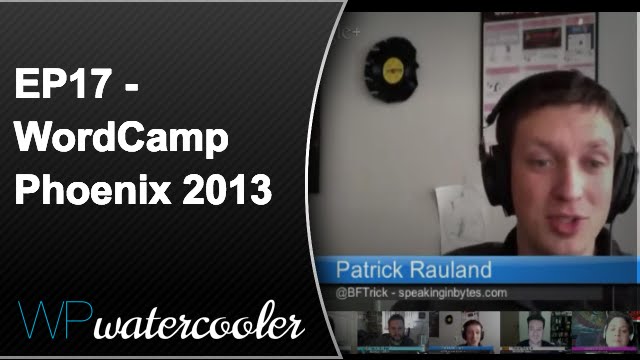 This episode of WPwatercooler we will be discussing WordCamp Phoenix, WPwatercooler’s involvement in the camp and the topics some of our regulars of the show will be speaking about during their talks at the camp.

On this episode we’re joined with:

Editor’s Note: Transcriptions of episodes are created with a mix of speech recognition software and human transcribers, and may contain some grammatical errors or slight deviations from the audio.